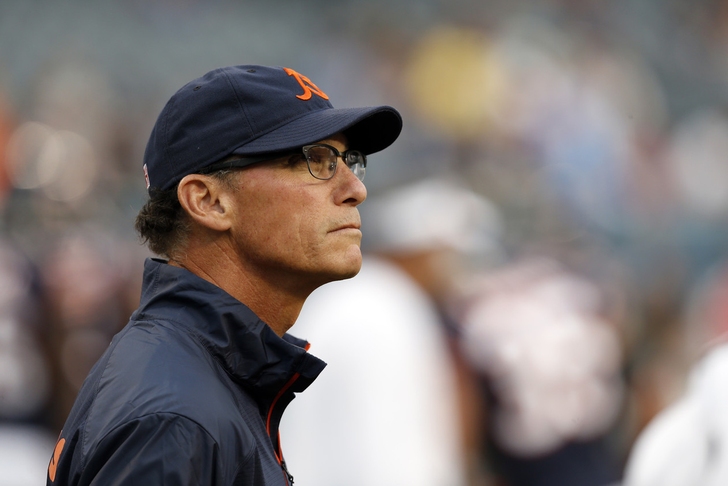 New Oakland Raiders head coach Jack Del Rio is aiming to put together an All-Star coaching staff for his first year with the team, and former Chicago Bears head coach and noted quarterback Marc Trestman might be his next target.

The #Raiders are slated to interview one of their top OC choices — ex-#Bears coach Marc Trestman — in the next day or so, per source.

Trestman's last offensive coordinator job? In 2002-03 with Oakland, when he helped build the Raiders offense into one of the most-feared units in the league during the team's Super Bowl run after the 2002 campaign.

He would later take the CFL's Montreal Alouettes to three-straight Grey Cup Championships, winning two-straight, before the Bears hired him as their head coach. The Bears finished 8-8 in 2013 with the 2nd-ranked total offense in the NFL, but a porous defense and reports of unrest led to a 5-11 season in 2014 and Trestman's ouster from the team.