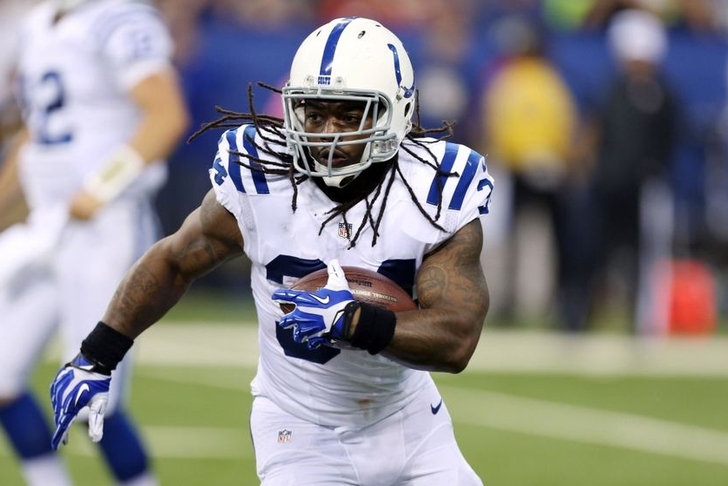 The Oakland Raiders are expected to sign former Indianapolis Colts running back Trent Richardson, according to CSNCalifornia.

Oakland has been looking for a backup for Latavius Murray since Darren McFadden signed with the Dallas Cowboys and Maurice Jones-Drew announced his retirement. Richardson is expected to compete for time with newly-signed Roy Helu behind Murray.

Richardson, the No. 3 overall pick in the 2012 NFL Draft, hasn't had the career many expected, playing a year and half apiece for the Cleveland Browns and Indianapolis Colts.

He has rushed for 2,032 yards and 17 touchdowns in his three-year career on just 3.3 yards per carry, including 519 yards and three touchdowns last season.