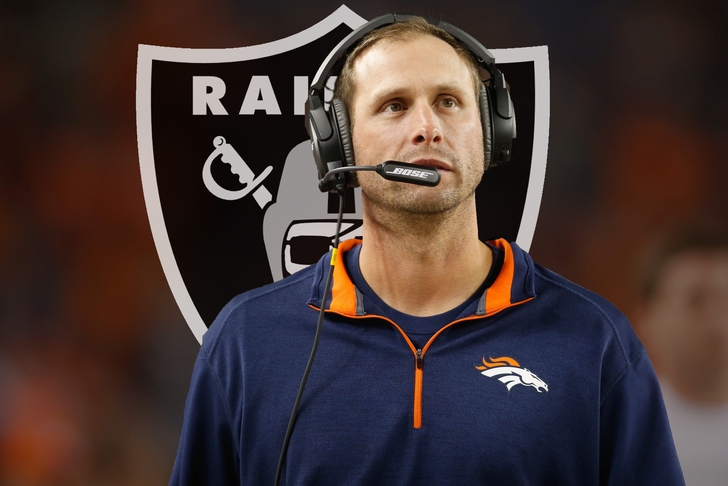 The Oakland Raiders have already signed former Denver Broncos defensive coordinator Jack Del Rio to be their next head coach. They may also target Del Rio's offensive counterpart in the Mile High City, Adam Gase, to take over the team's offense.

Opportunities for Gase as an offensive coordinator, apparently, are aplenty. Here’s another, I’m told, that's there if he wants it: Raiders.

Darlington also names the Jacksonville Jaguars as a potential landing spot, provided the head coaching market closes up for Gase with the remaining vacancies on their way to being filled.

In order for either the Raiders or Jaguars to interview Gase, they would have to file a formal request with the Denver Broncos as he is still currently under contract with the team. It's unclear whether the Broncos would be willing to grant such a request, or if either team has asked for an interview as of yet.