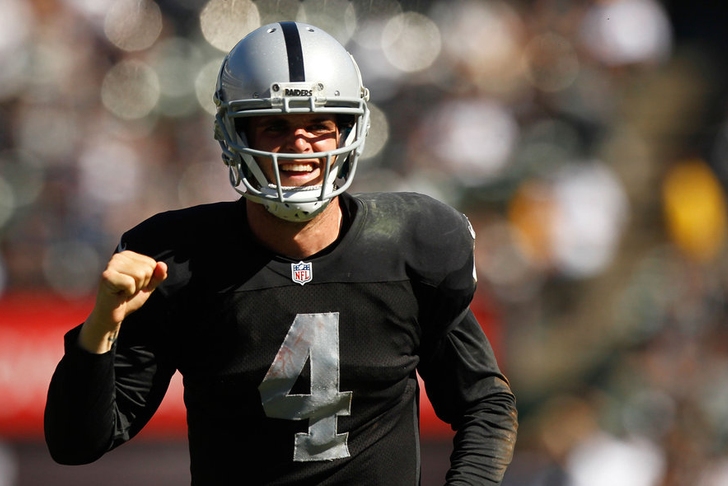 Oakland Raiders quarterback David Carr threw a few short passes at OTA's today, but he didn't do any more throwing for the remainder of the session.

He dealing with a finger injury on his throwing hand, which isn't believed to be serious.

"He knows this offense almost as well as the offensive coordinator," left tackle Donald Penn said. "He is the still the first one here in the morning. He's doing what he needs to do. We have to win games now. There's no rush."

Oakland head coach Jack Del Rio has not given a timetable for Carr's return, but also isn't worried.