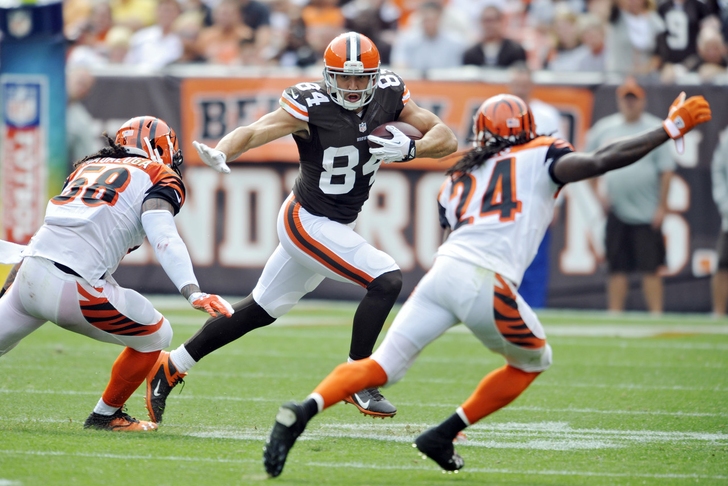 The Oakland Raiders have an abundance of cap room to play with heading into the beginning of free agency on Tuesday, and some of that money could be used to woo Cleveland Browns tight end Jordan Cameron to the Bay.

Lot of interest in TE Jordan Cameron. #Browns, #Raiders, #Broncos, #Seahawks in play. #Jags an option too if they don't sign Julius Thomas.

While there's plenty of competition for Cameron, including the Browns themselves, the Raiders are in a unique position in that they can outspend pretty much anyone if they decide the 26-year-old is worth it.

That's a big if, as injury troubles have both limited Cameron’s playing time and stunted his explosiveness when he did make the field in 2014. The 26-year-old amassed just 50 total receptions and three TDs in 2011, 2012, & 2014 combined - compared to 80 & 7 in his breakout 2013 campaign - so the Raiders will have to weigh Cameron's health problems with his undoubtable upside before going all-in on him.