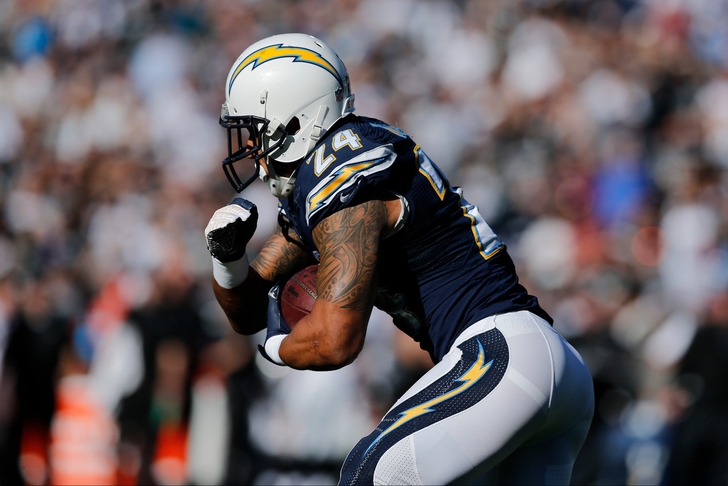 The Philadelphia Eagles' recent signing of DeMarco Murray has added fuel to the speculation that their reported three-year agreement with former San Diego Chargers running back Ryan Mathews is a no go, and the Oakland Raiders may be ready to swoop in and sign Mathews if he ultimately decides to go elsewhere.

While #Eagles RBs tour the facility and meet with coaches, the fate of Ryan Mathews lingers. #Raiders, #49ers are the teams to watch

Mathews had his best season in 2013, playing an entires 16-game season for the first time and finishing with a career-high 1,255 yards. He was plagued by injuries once again in 2014, however, rushing for just 380 yards with three touchdowns in six games.

Although his injury history makes him a gamble, the Raiders have the financial flexibility and cap space necessary to take a flyer on Mathews without hampering their free-agent efforts elsewhere -- a fact that could make them a leading contender to bring their former AFC West rival to the Bay.