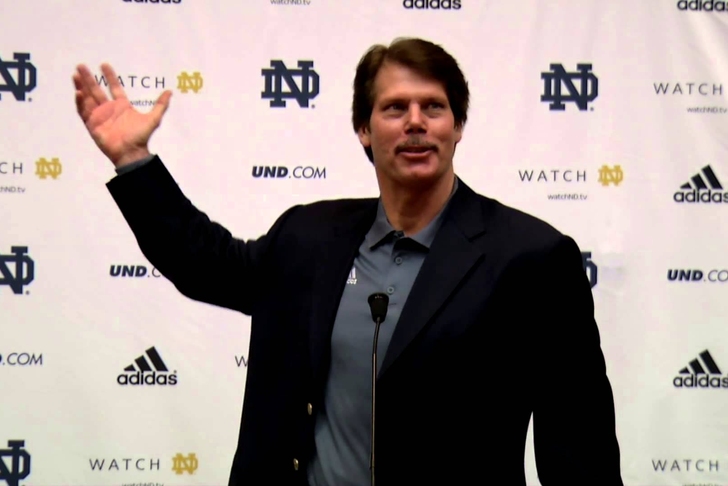 New Oakland Raiders head coach Jack Del Rio has been rumored to have interest in bring a defensive coordinator in from the collegiate ranks, and Notre Dame's Brian VanGorder one of the coaches popped up right away as an option in several analysts' minds.

However, according to Raidersbeat.com (via information obtained by Irish247's Tom Loy), the Notre Dame defensive playcaller is unlikely to get an interview for the job:

Another report has surfaced indicating that the Raiders are interviewing a college coach on Sunday, so stay tuned to our Oakland Raiders team page for more information if and when it is leaked.