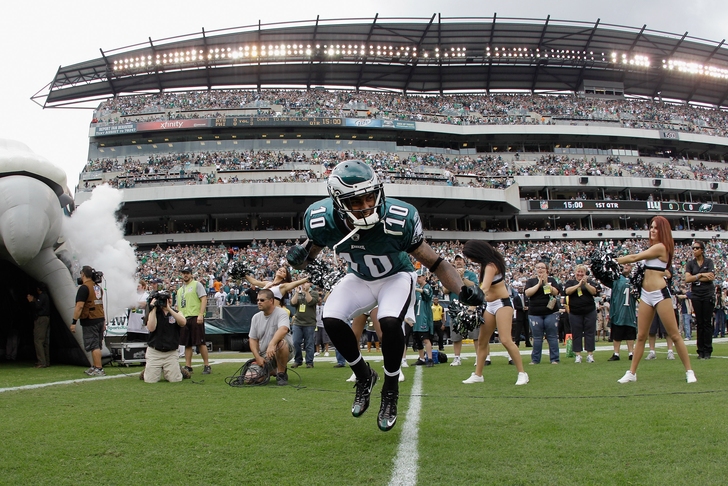 Update: #Raiders are interested in DeSean Jackson but sides still kicking tires. Eight other teams in mix & no visit has been scheduled yet.

It is customary for a free agent of DeSean Jackson's caliber to survey his options prior to making any concrete commitment, so it would be hasty to assume that the Oakland Raiders are either on the verge of locking up Jackson or falling out of the conversation altogether. The Kansas City Chiefs have also emerged as players, with Jackson's ties to former Philadelphia Eagles head coach Andy Reid playing a huge factor in said interest.

However, both sides have expressed interest, with Jackson calling the team he rooted for during his childhood after being released by the Philadelphia Eagles for what is being termed as "personal issues" stemming from Jackson's alleged involvement with gangs around his Southern California home (the LAPD has denied that Jackson has ever been considered on their end to have ties with gangs in the area).

Get to Raiders rumors, before they become yesterday's news. Follow our Raiders team page today.