Raiders Rumors: McKenzie Out, Jon Gruden Return The Next Steps For Oakland? 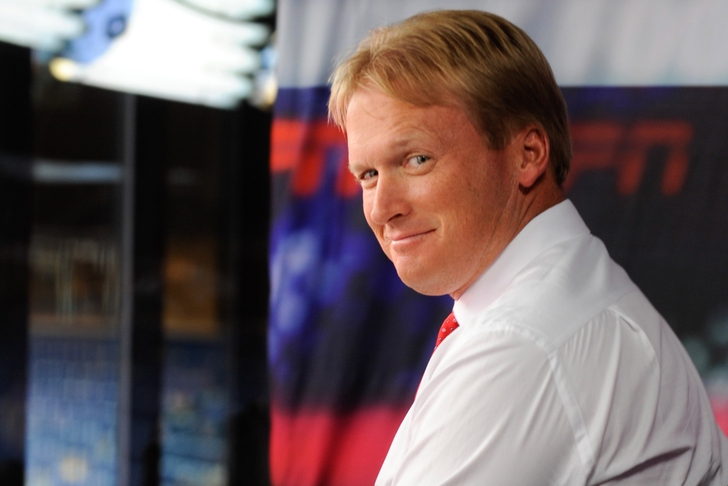 With Dennis Allen barely out the door as Oakland Raiders head coach, one Bay Area writer believes that Allen's departure is only the first necessary move for the team to rebuild itself at its core.

In the eyes of Tim Kawakami of the San Jose Mercury News, the time is now to let GM Reggie McKenzie go, then take a run at former Raiders head man Jon Gruden:

Remember, Allen was McKenzie’s hire, and McKenzie fought for him last off-season. This will be part of (Raiders owner Mark) Davis’ evaluation on McKenzie.

Also: McKenzie is the one who drafted D.J. Hayden and Menelik Watson, who acquired and paid Matt Flynn and Matt Schaub, who let Jared Veldheer go and wasted the Raiders’ huge salary-cap abundance on a bunch of middle-aged players… who predictably are playing like old players this year.

Davis might signal that McKenzie is on his way out.

Which would be the ONLY way to get a head start on truly reconstructing this franchise, and as the biggest step I presume Davis will take a hard run at former coach Jon Gruden, who has always been Mark Davis’ first and best choice to take over the entire football operation.

Before Davis explores any other options, he’ll have to put everything he has into a basket for Gruden, and see if Chucky finally says yes. One way or the other, I think Davis has to know if Gruden is ever coming back to the Raiders.

As Kawakami admits earlier in his piece posted on Monday night, it is rare for a GM to be fired in midseason due to the administrative problems it can create.

However, if Allen's sudden firing is any indication, Oakland Raiders management is willing to shake everything up to fix what has been broken the past several years.