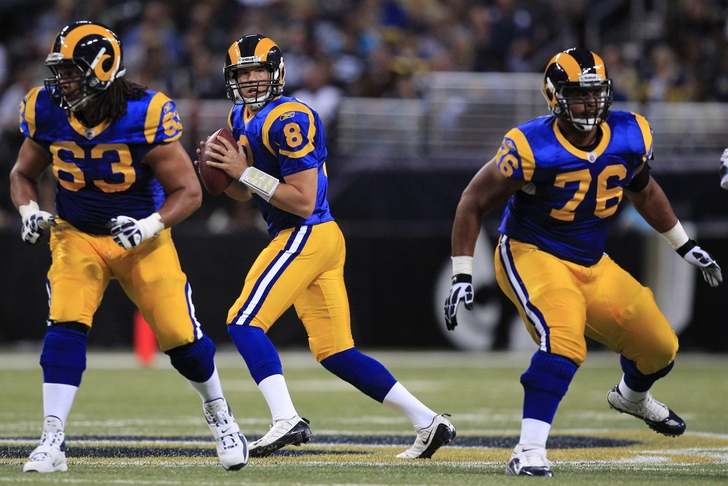 Uh-oh, Raiders rumors fans. The Oakland Raiders' backup plan after losing Jared Veldheer has fallen through, due to a failed physical.

Also per NFL sources, Saffold has re-signed with the St. Louis Rams on a 5-year deal, with terms of the deal as yet unannounced.

The good news for Oakland Raiders' fans is that they will receive all of the cap space that they locked into Saffold's contract for 2014.

The bad news is that the Raiders have an abundance of cash, and are still in desperate need of a marquee offensive tackle.

Yesterday, offensive tackle Jared Veldheer signed a five-year deal with the Arizona Cardinals, which could be worth up to $37.5 million. If the Oakland Raiders had known that Saffold wasn't in condition to be their next option, it is possible that their efforts for Veldheer may have been more intensive.

We here at Chat Sports will keep you posted with the latest developments in this bizarre story.

Get the latest in Raiders rumors here at Chat Sports. Follow our Raiders team page today.