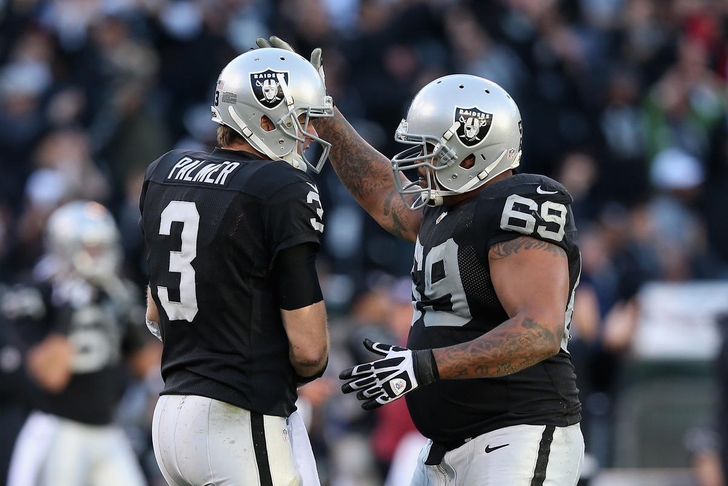 In Raiders rumors today, what seemed like a possible positional upgrade during the 2014 NFL free agency period may be subject to a change of plans at starting left guard for the Raiders.

In a recent mailbag for ESPN.com, Paul Gutierrez was asked the question about who he thought would start at left guard for the Raiders -- free agent acquisition Kevin Boothe or Khalif Barnes --

"Kneejerk reaction says Kevin Boothe. But if Boothe is truly the lone backup to center Stefen Wisniewski, it would serve the Raiders better to have Khalif Barnes starting at left guard to keep Boothe fresh in case Wisniewski goes down. Plus, Barnes performed admirably the last part of the season after moving to left guard from left tackle."

The Oakland Raiders may also look to the 2014 NFL Draft to draft some depth on the offensive line, so all of this may be contingent upon how the Raiders want to structure their attack plan for the first few rounds of May's NFL Draft.

But, as of now Raiders fans, it seems like Khalif Barnes may work his way into a starting role once again.