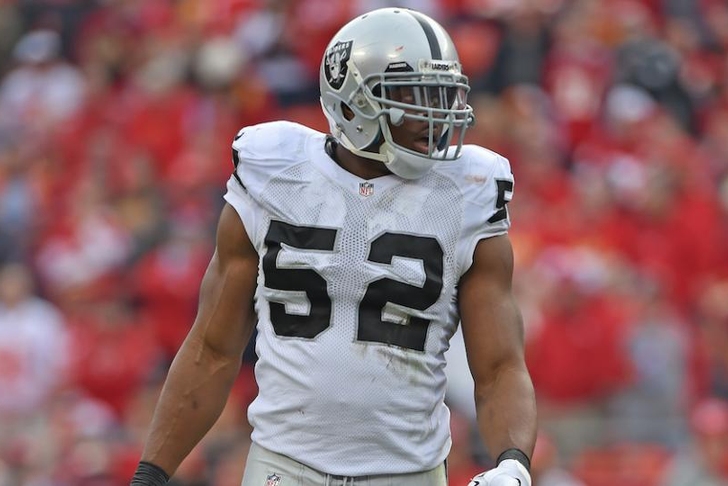 Just how good can Khalil Mack get? Justin Tuck thinks that for Oakland's rookie standout, the sky is the limit.

"I’ve watched a lot of film on guys like Derrick Thomas, Lawrence Taylor ... I’m not saying that he will be that player, I’m saying he’s capable of being that player," Tuck said during a Super Bowl-related media appearance. "Believe me, I know what praise I just gave him. I know what category I just potentially put him into. The thing I love about him that people don’t get to see every day is not the fact that he’s an absolute physical specimen. It’s not that. It’s that he’s smart, he understands the game, but he also understands that he doesn’t know it all."

Tuck served as Mack's mentor during a rookie season that saw him quickly emerge as one of the bright spots on Oakland's defense. While Tuck's veteran presence and savvy were meant to make an impression on Mack, it's clear that the reverse is also true - if Mack's rookie exploits made the 10-year NFL veteran think of one of the greatest NFL players of all time, we'll be very interested to see what next year holds.