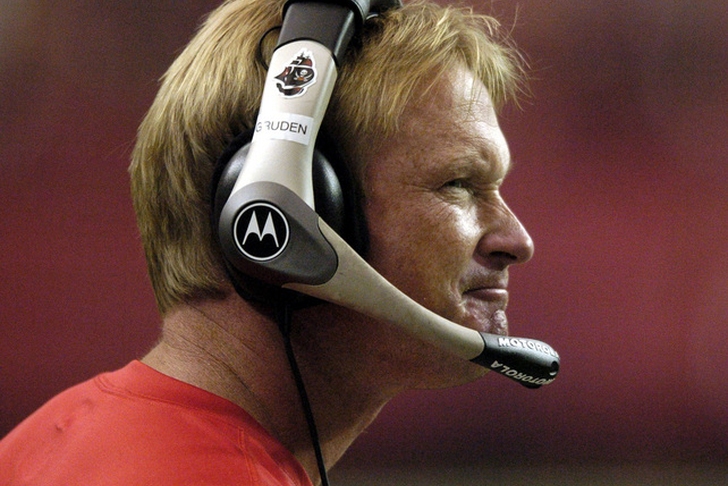 Little doubt Mark Davis could beat any Michigan offer to Harbaugh. I heard he had double this out there for Gruden, who walked. Stay tuned

With Harbaugh's offer from Michigan reportedly in the 6-years, $50 million range, that would mean Gruden turned down something in the neighborhood of $15 million per year - over twice as much per year as the next highest-paid football coach - to coach the Raiders. If the rumors are true and that wasn't enough to lure him to Oakland...well, fans should probably accept that Gruden isn't coming back.

What's more interesting, though, is the idea that Davis could offer Harbaugh - who reportedly would prefer to stay in the NFL (and ideally in the Bay Area) - more than Michigan could.