Raiders Rumors: John DeFilippo To Bring Andre Holmes, Other Raiders WRs With Him To Cleveland? 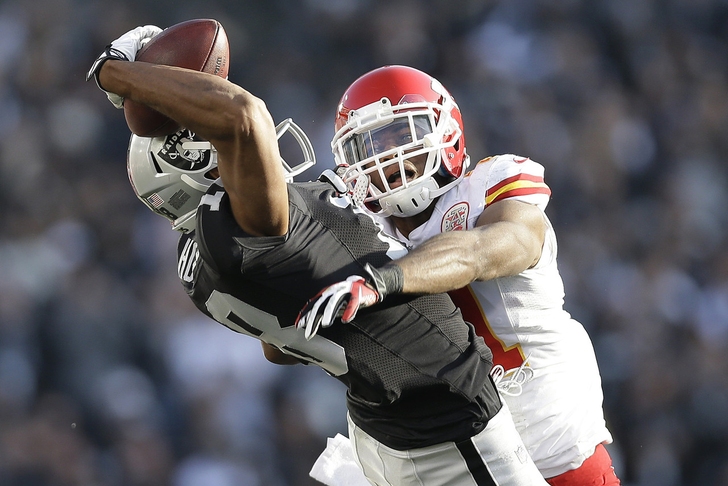 The Oakland Raiders are looking for wide receiving help of their own in free agency this offseason, but four of their free agents at the position could also end being targeted by an old friend now residing in Northeast Ohio.

Here’s Sam Ingro of Buckeye State Sports with his thoughts on the possibility of new Cleveland Browns OC John DeFilippo bringing some talent with him from the Bay:

When new coaches and front offices take over a franchise, they often bring in familiar faces and players that know the system. For the Cleveland Browns, that likely means that new offensive coordinator John DeFilippo will throw his hat in the ring in pursuit of some of his former players. With DeFilippo coming from the Oakland Raiders, it should come as no surprise if he expresses interest in bringing in some former pupils.

The Raiders currently have four wide receivers set to hit free agency. Vincent Brown and Denarius Moore are unrestricted free agents, while Rod Streater and Andre Holmes are restricted free agents. The real question is, will the Cleveland Browns make a move to lock up one of the four young wideouts?

Holmes might be the best overall fit for the Browns Browns, presenting a lengthy 6-foot-4 red zone option that could be of use to a Cleveland team poised to lose TE Jordan Cameron in free agency,

Regardless, we'll have to wait and see just how the Raiders approach their quarter of free agent wideouts (and in particular the two restricted free agents) before drawing any concrete conclusions.