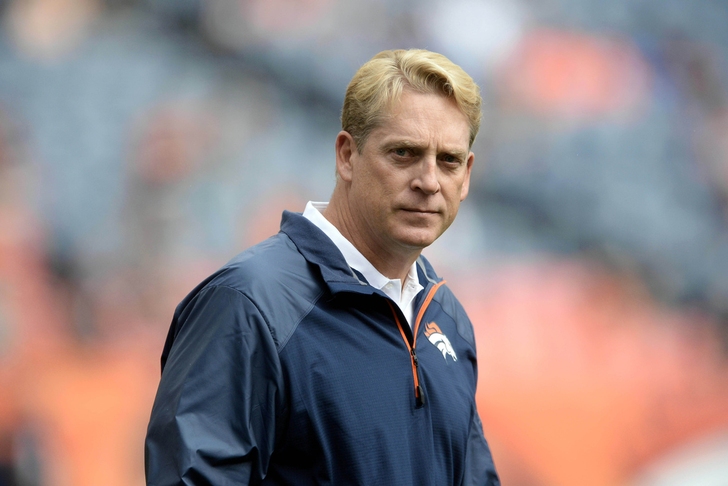 According to the AP report, "a person with knowledge of the interview said the Raiders met with Del Rio as they seek a full-time coach. The person spoke on condition of anonymity because the team is not releasing details on interviews. The interview was first reported by the Denver Post."

Del Rio coached the Jaguars to a 68-71 record in nine seasons on the job, including playoff apperances in 2005 and 2007. He was fired with five games remaining in the 2011 season, and has served as the Broncos' defensive coordinator since 2012.