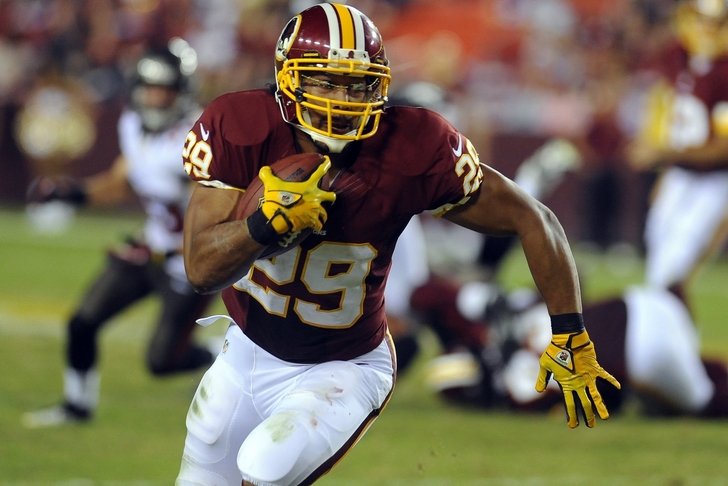 The Oakland Raiders invested $600,000 in guaranteed money on former Cleveland Browns/Indianapolis Colts running back Trent Richardson in a deal last week and will likely give Latavius Murray more than just an extended look in 2015, but that doesn't mean recent running-back acquisition Roy Helu Jr. won't have a chance to earn more than just playing time on third downs.

“Roy is a good solid backup running back. He played a third-down role in Washington and a little bit on special teams, and so we see him being able to come in and compete in our backfield,” head coach Jack Del Rio said, via the Washington Post.

“If he creates a bigger role than that, then good for him," Del Rio added. "But we know that we’re getting a young man that’s capable of that. He did grow up in the area and he’s excited to be back and be able to have the silver and black on, and we’re excited to have him.”

Oakland signed the former Washington Redskins dual-threat back to a two-year, $4.1 million deal -- enough of an investment to assume that he's going to find himself with plenty of playing time in 2015.