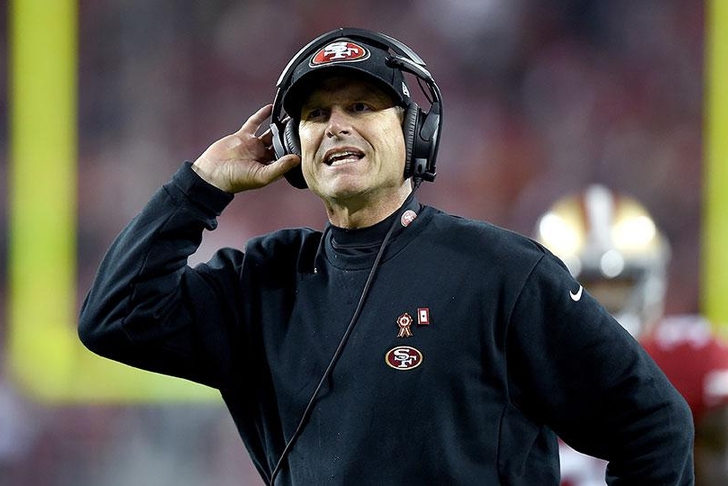 With all the rumors and speculation floating around Jim Harbaugh, it can be hard to separate fact from fiction...so here's what we know for sure:

Now, this wouldn't be entirely unexpected. Harbaugh is one of many coaches believed to be unhappy with the discrepancy between coach salaries and player/owner compensation, and there are plenty of coaches and media figures who expect the next major coaching deal to reset the market. Harbaugh - if he does leave San Francisco this winter - will be the man who makes it happen.

Raiders owner Mark Davis is willing to pay top dollar for the right coach, which was suspected for some time, but revealed when Jason La Canfora of CBS tweeted that Jon Gruden turned down a Raiders offer worth 'double' what Harbaugh had been offered by Michigan.

Harbaugh's hypothetical deal with Oakland (or another NFL team...) won't reach the level of what Gruden was offered...but it's very interesting to see that Gruden was offered something in the neighborhood of $15 million per year, but decided he'd rather stay at ESPN for a fraction of that salary.

Harbaugh's resume is impressive, but it's missing Gruden's Super Bowl ring...and you also have to factor in how the Raiders fanbase has coveted Gruden for nearly a decade now. Harbaugh won't be earning $15 million in the NFL...but $10 million certainly isn't outside the realm of possibility, especially if there are competing offers like Michigan's in the $8-9 million range. There are plenty of people out there who think the Michigan offer leaking is Harbaugh's agent trying to milk the maximum possible out of Mark Davis and other interested NFL owners, and it certainly makes sense from a financial perspective.

Expect Harbaugh's hypothetical NFL salary to clock in at roughly $10 million per year over at least five years, and set off a firestorm of extensions as other coaches use it as leverage for their own negotiations.