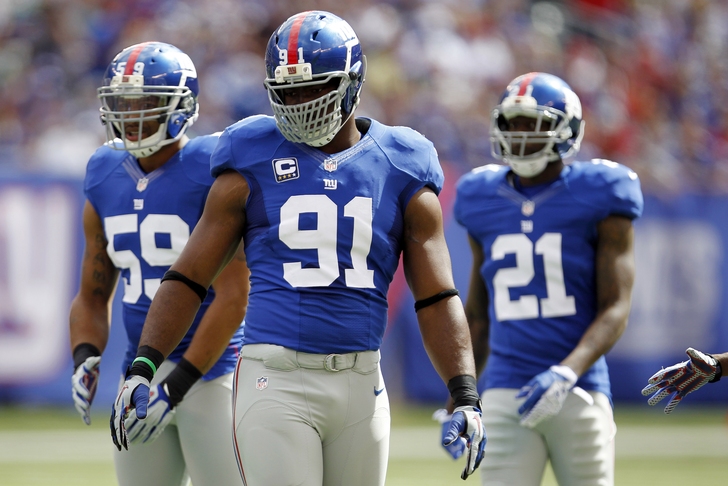 In Raiders rumors this morning, it looks like Reggie McKenzie is trying to make up for yesterday's Rodger Saffold debacle by pulling off what would be an absolutely impressive trifecta of signings.

According to Vic Tafur, Oakland Raiders beat writer for the San Francisco Chronicle, free agents Justin Tuck, Lamarr Woodley, and Jason Hatcher are all currently at Raiders headquarters, with a real possibility developing that the Raiders could sign all three--

Justin Tuck, Lamarr Woodley and Jason Hatcher are back in the building. Can Reggie McKenzie get all three done? #Raiders

Defensive end Justin Tuck spent the first nine years of his career with the New York Giants, and in 2013 reached double-digit sacks (11) for the fourth time in his career.

Linebacker Lamarr Woodley has been coveted by the Raiders at various points during his first seven years with the Pittsburgh Steelers. He was hobbled by injuries in 2013, appearing in just 11 games for the Steelers--contributing 20 tackles and five sacks.

Former Dallas Cowboys defensive end Jason Hatcher has been one of the most talked about names on the defensive side of the free agent market after a career year in 2013. The eight-year-pro posted career-highs in both sacks (11) and tackles (34) last season.

Get your Raiders rumors right at the source. Follow our Raiders team page today.