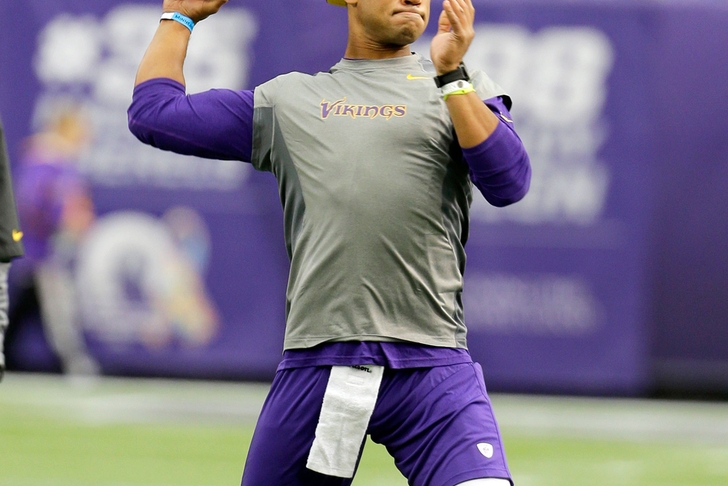 Raiders rumors are flying about possible starting quarterback options on the free agent and draft market, and it seems that two other names have been added to what seems to be a extremely large list.

According to Vic Tafur of the San Francisco Chronicle, Minnesota Vikings' free agent quarterback Josh Freeman could be the guy the Oakland Raiders "kick the tires on the hardest."

Despite the struggles Freeman had on and off the field at the end of his time in Tampa Bay, along with his unimpressive stint in Minnesota, Tafur thinks the Oakland Raiders present the right fit for the 26-year-old quarterback--

"[OC] Greg Olson and Josh were together in Tampa Bay, they like each other, they were very close to trading for Josh last year ... So I think they like his talent."

Tafur acknowledged that Josh Freeman "has some issues, some skeletons in his closet," and stated that Oakland Raiders general manager Reggie McKenzie would have to see legitimate signs of progress to make any potential overtures to Freeman.

Due to both poor play and a concussion, Freeman saw action in just 4 games between the Tampa Bay Buccaneers and Minnesota Vikings. He threw for 571 yards, tossing 2 touchdown passes against 3 interceptions.