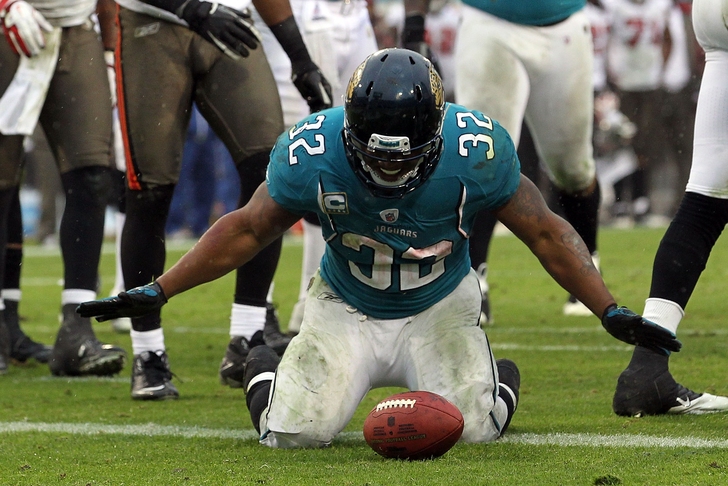 24 hours into the Raiders rumors cycle of the 2014 NFL free agency period, and many fans were calling for the job of Oakland Raiders general manager Reggie McKenzie.

If this next rumor proves to be true, two short weeks may have members of the Raider Nation now firmly in the corner of their former object of derision.

Per Ian Rapoport of NFL Network, the Oakland Raiders will be hosting former Jacksonville Jaguars running back Maurice Jones-Drew in hopes of bolstering their starting backfield --

Maurice Jones-Drew is visiting the #Raiders tonight and tomorrow, per source. Wow. Could get serious.

How serious is "serious?" Rapoport explains that, with Jones-Drew's ties to the area, the three-time NFL Pro Bowler could be donning the trademark silver and black sooner rather than later --

At 29 years of age, many skeptics remain convinced that the electric running back who led the league in rushing yards (1,606) and rushing attempts (343) back in 2011 may not have the burst through the line which separated him from the majority of his peers for the first six years of his eight-year NFL career.

After appearing in just five games to due to injury in 2012, a heavier and less explosive Maurice Jones-Drew struggled through his eighth and final year with the Jacksonville Jaguars in 2013. He posted a career-low 3.4 yards per rushing attempts, and despite five touchdowns, was generally rendered ineffective by a lackluster Jaguars offense.

However, according to several reports, Jones-Drew is coming to Oakland fifteen pounds lighter than his playing weight this past season -- leaving both fans and Oakland Raiders management quite optimistic that Jones-Drew can replicate the magic which produced over 4,300 rushing yards and 1,000 receiving yards from 2009-11.