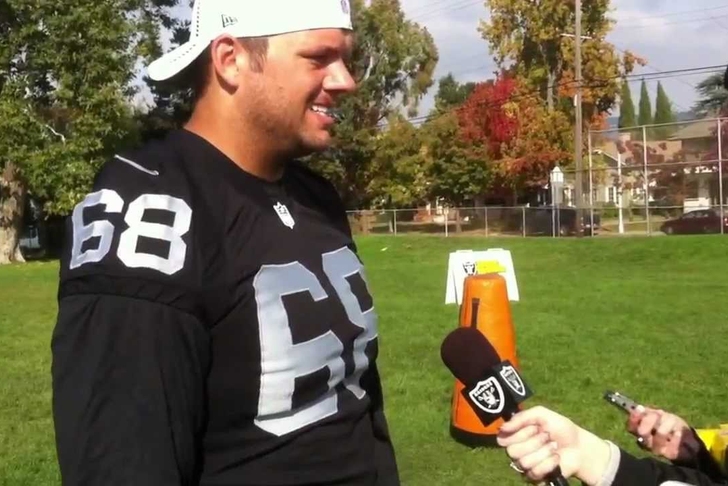 There have been conflicting Raiders rumors involving the negotiations between the Oakland Raiders and offensive tackle Jared Veldheer. One trusted NFL source has taken to clearing it all up.

Update on #Raiders & Jared Veldheer: He’s going to take his decision into the weekend, weigh his options and the market. Nothing imminent.

This runs contrary to several sources which are stating that Jared Veldheer and the Raiders have already come to terms on an agreement. While all sources could hold part of the truth, Rapoport is as trusted of a go-to insider for all things NFL as there is out there.

Rapoport also clarifies that "of course the #Raiders offered" Veldheer a contract, putting to bed speculation that the Oakland Raiders had been delaying talks with the coveted 4-year pro.

Jared Veldheer was limited to just five games with the Oakland Raiders in 2013 due to a triceps tear.

He started all 48 of the Oakland Raiders' games from 2010-2012, and has made quite a name for himself as a young marquee offensive tackle in a thin free agency market for the position.

Get Raiders rumors as soon as they hit. Follow our Raiders team page today.