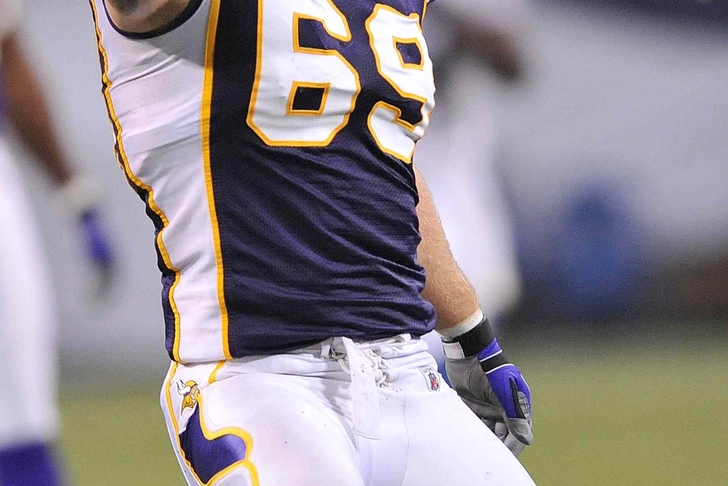 Raiders rumors are going to hit a fever pitch when free agency opens on March 11th, and the latest one has the Oakland Raiders first in line to acquire the services of a 4-time NFL First Team All-Pro defensive end.

According to Elliot Harrison of NFL.com, the Oakland Raiders could be a primary contender to sign Minnesota Vikings fan-favorite Jared Allen, especially since it looks increasingly unlikely that the Vikings will attempt to re-sign the 10-year veteran--

"...the Raiders, could use Allen, especially if Lamarr Houston gets away, and because of the mere fact that Oakland lacks veteran leadership on defense."

It should be noted that Raiders rumors are just that--rumors. However, Harrison does have the Oakland Raiders listed as Allen's top "potential suitor," ahead of the Jacksonville Jaguars and Tampa Bay Buccaneers.

Jared Allen turns 32 in April, and his age will most likely preclude him from making anywhere near the $14 million he made with the Minnesota Vikings last season.

However, Jared Allen can still be a force on the edge if this bit of Raiders rumors proves true. He amassed 11.5 sacks in 2013 for his seventh straight season with 10 sacks or more.

Allen led the entire NFL in sacks just two seasons ago, with a staggering 22--just .5 sacks behind Michael Strahan's NFL record 22.5 sacks with the New York Giants in 2001.