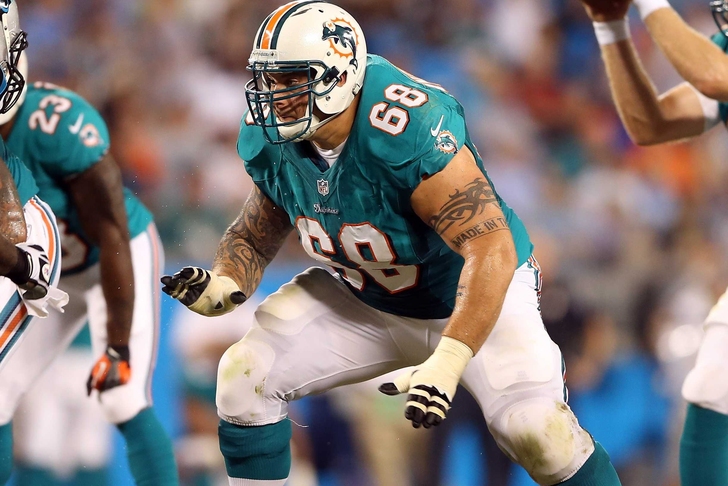 If you want to see Raiders rumors hit the next level of noise, imagine what would happen if one of the most controversial figures in all of modern sport, let alone the NFL, signed a free agent deal with the Silver and Black.

Per Michael Silver, NFL media columnist for NFL.com, former Miami Dolphins guard Richie Incognito would like to make that hypothetical situation into a reality--

"I think that [the Oakland Raiders]would fit my personality the best. It makes so much sense. I know [offensive coordinator Greg] Olson and [offensive line coach Tony] Sparano, and I'm a loyal guy, and I'd love to play for them again. And, of course, the Raiders have that aura."

The story of Richie Incognito and former teammate Jonathan Martin is well-documented. Incognito is awaiting possible league discipline for his alleged mistreatment of Martin, and recently landed in an Arizona mental-health treatment center for stress resulting from the ensuing media fallout.

Other than the obvious media storm that would come along with hiring the 30-year-old offensive lineman, the Oakland Raiders would also have to take into account the fact that Incognito and recently-signed defensive end Antonio Smith have what could best be described as a checkered past.

Smith, then with the Houston Texans, incurred a three-game suspension in a preseason contest against the Dolphins last August for ripping off Richie Incognito's helmet and throwing a punch at the incendiary eight-year pro. Smith was also fined $11,000 for kicking Incognito during Week 1 of the 2012 NFL season.

"We don't have a great history," Incognito stated in regard to Smith, "but I'll go up there and play with him and try to win a Super Bowl. I used to go work out with him and [Arizona Cardinals defensive tackle] Darnell Dockett at the old [Athletes Performance Institute], so I know him very well. I'm too rambunctious when I play my friends."

If Incognito were to sign with the Oakland Raiders, he would end up playing right across the Bay Bridge from Jonathan Martin, who was traded to the San Francisco 49ers last week.

Richie Incognito says he still considers Martin to be one of his friends, and that he's excited for Martin to have a fresh start in San Francisco.