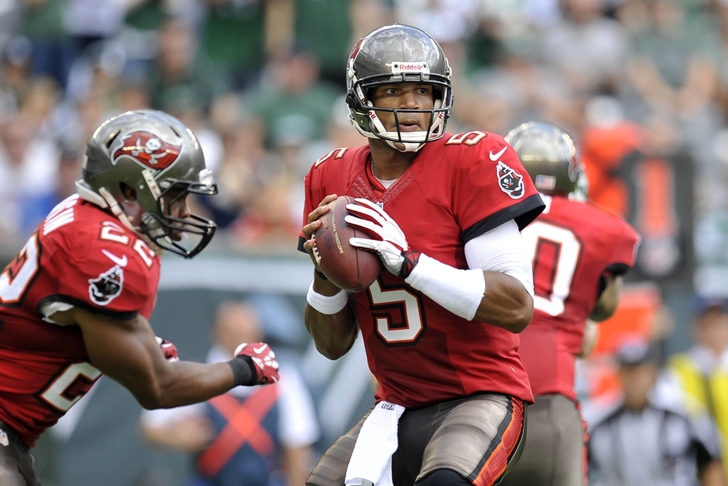 Raiders rumors regarding free agent quarterback Josh Freeman have been quite loud the past 24 hours with the signing of his former Tampa Bay Buccaneers teammate, OT Donald Penn.

Speaking with reporters about his former starting quarterback, the seven-year NFL veteran spoke in glowing terms about a possible reunion--"I think he would fit in well [in Oakland]." stated Penn. "He had some his best seasons too under Greg Olson and his offense. If Josh would come, I would love to block for him again or whoever I gotta block for. I would love to welcome Josh if it does happen."

Furthermore, Penn intimated that he was negatively affected by Josh Freeman's release from the Tampa Bay Buccaneers last season, saying that it was rough for him to guard for "two different quarterbacks," along with he felt to be a lot of baggage in Tampa which led to the team struggling as a whole.

The 26-year-old Freeman has been rumored to be on the Oakland Raiders' radar, yet perceived attitude and commitment problems continue to dog the young man, almost fully obscuring his breakout 2012 season, where he threw for 4,065 yards and 27 touchdowns with the Bucs.

Stay tuned, Raiders rumors fans. It is becoming increasingly likely that Oakland could end up as a prime landing spot for Freeman's attempt to redefine his image and NFL career.