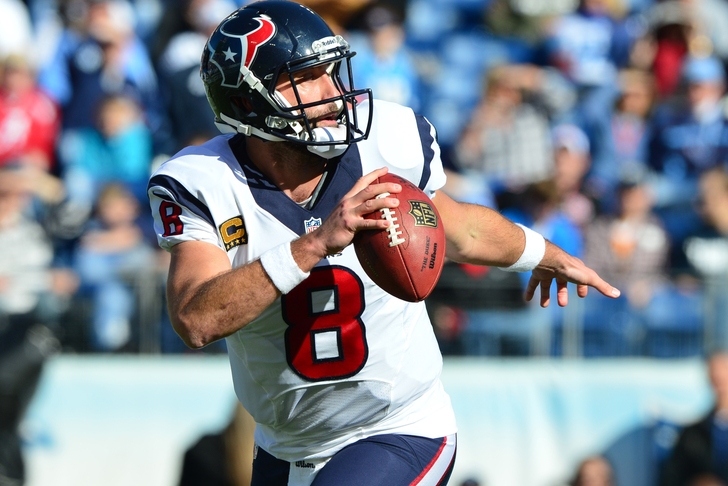 It has been an exciting day in Raiders rumors, and from the tenor of Oakland Raiders head coach Dennis Allen, today's big trade has generated excitement inside the organization as well.

"We brought Matt Schaub in to be our starting quarterback," stated Dennis Allen on a welcome-to-Oakland conference call for the newest addition to the Raider Nation. "We feel very confident that he is going to be able to come in and function in that role and be outstanding for us. Obviously, we love having competition within the team, but right now Matt Schaub is our starting quarterback."

That competition will be a competition in name only, as Matt Schaub's $10 million base salary and almost $11 million cap number will in all likelihood be prohibitive to any current Raiders quarterback passing him on the depth chart.

To further the excitement both within the Raiders organization and within the fan base, Dennis Allen compared his new two-time Pro Bowl quarterback to one of the greatest modern sports stories of our time --

"A guy that comes to my mind is a guy like Kurt Warner, who went to a Super Bowl, won a Super Bowl with St. Louis, went on to go play for the New York Giants, his career didn't go as well as everybody would have thought. Really, a lot of people thought he was done. Then he goes into Arizona and kind of resurrects his career."

"I think a change of scenery will be outstanding for Matt. I just think it's a good situation for both Matt Schaub and for the Oakland Raiders."

Get your Raiders rumors right from the source. Follow our Raiders team page today.