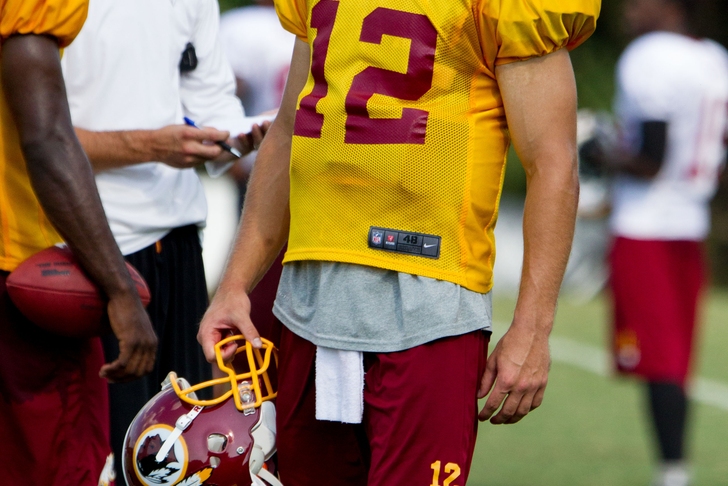 Here's another bit of quarterback-centric Raiders rumors as we approach the 2014 NFL Draft--could the Oakland Raiders be looking at a highly-touted young backup quarterback as their starting quarterback of the future?

ESPN Insider columnist Nic Reimer wrote today that Washington Redskins backup quarterback Kirk Cousins may be a possible option for the Oakland Raiders as they potentially scour the draft and free agency for starting quarterback options.

Reimer quoted one of his colleagues' belief that the Minnesota Vikings could be a front-runner to acquire the 25-year-old former Michigan State Spartan, yet Reimer still believes the Oakland Raiders could be major contenders for his services--

"Other teams that could conceivably bite and offer up a second-round pick are the Oakland Raiders, Cleveland Browns (especially given that new offensive coordinator Kyle Shanahan was the Redskins' OC in 2013) and the Jacksonville Jaguars."

Kirk Cousins was drafted in the 4th round of the 2012 NFL Draft by the Washington Redskins, seeing action in just eight regular season games while starting just four. The current target of Raiders rumors has completed 56.2% of his passes in those appearances, throwing eight touchdowns against ten interceptions.

Stay in the know on all Raiders rumors. Follow our Raiders team page today.