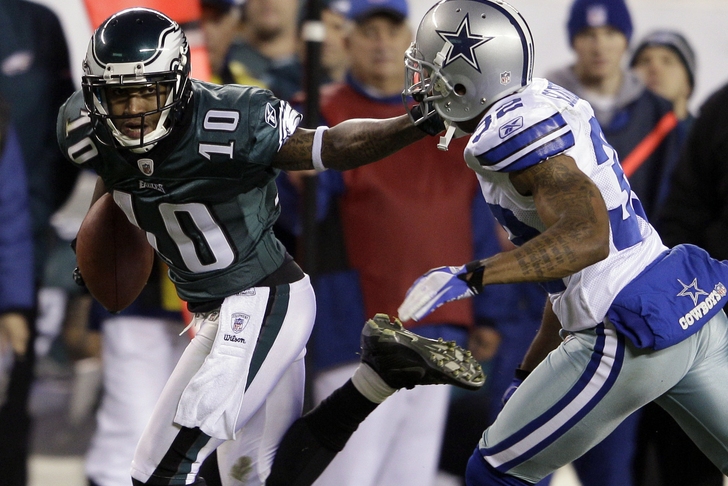 Raiders rumors have been besieged by the hashtag #DJaxToOakland, as a litany of Oakland Raiders fans have made their voices heard on Twitter about their wishes to see free agent wide receiver DeSean Jackson donning the Silver and Black -- pushing the hashtag to #1 trend worldwide just hours ago.

Count free safety Charles Woodson as one more voice on the side of the #DJaxToOakland phenomenon.

Speaking with Bay Area radio station 95.7 The Game, Woodson showed his support for a possible DeSean Jackson signing, despite character questions which have been levied at the 27-year-old wideout by his former team, the Philadelphia Eagles --

"Bring him in, I think he would look good in the silver and black," Woodson stated. "Of course I know the business side of it, but I've watched this guy and what he is, is a dynamic football player. What they're talking [about] as far as off-the-field stuff, I have no clue about. The team would have to do their homework as far as that's concerned.

Several reports around the Eagles have surfaced linking the former California Golden Bears receiver to gangs which make their base around Jackson's Southern California home. Also, Jackson has been anonymously labeled as a primadonna at times for the attitude he displayed in the Philadelphia Eagles locker room.

Despite all of this, Charles Woodson believes there would be one more adamant member of the growing #DJaxToOakland movement if he were still alive and running the Oakland Raiders today -- the late Al Davis --