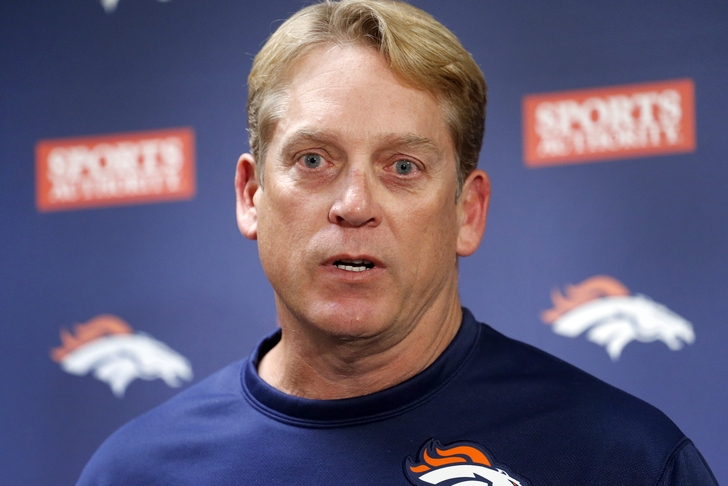 While several reports have indicated that it's only a matter of time before Tony Sparano has his 'interim' label removed and is named the Oakland Raiders' permanent head coach, Denver Broncos defensive coordinator Jack Del Rio is lurking at the edges of the coaching search with a real shot at the job.

Per Mike Florio of NBC's Pro Football Talk, "as one league source puts it, owner Mark Davis “loves” Del Rio, the former Jaguars coach who led the team from 2003 through 2011, and who has served as defensive coordinator in Denver since 2012."

The biggest question for Oakland Raiders owner Mark Davis is just how patient he's willing to be. Del Rio could be available for hire as soon as Sunday if the Denver Broncos are eliminated from the playoffs by the Indianapolis Colts, but could also be engaged for up to three more weeks if Denver advances.

It would be an interesting, full-circle sort of move for the former Jacksonville Jaguars head coach, who replaced Dennis Allen as Broncos defensive coordinator when Allen took the head coaching job in Oakland.