Raiders Rumors: Are the Raiders taking a look at Texans' QB Matt Schaub? 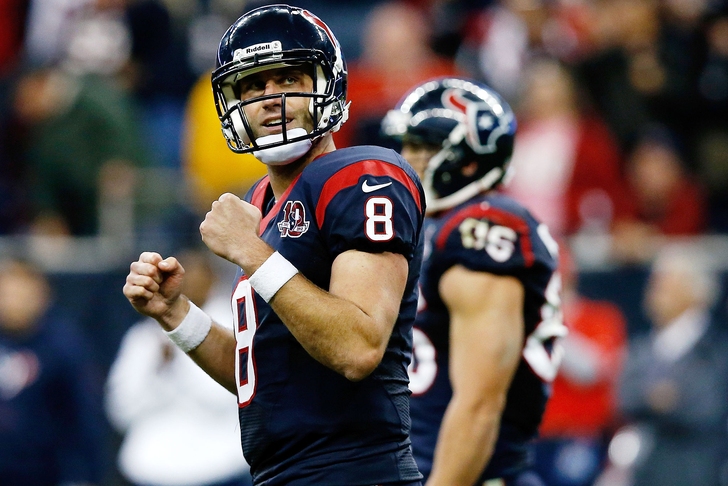 With the 2014 offseason now in effect, the Raiders rumors are going to be flying —especially with the $70 million-plus in cap space that the Oakland Raiders have to play with. NFL sources are starting to indicate that some of that cap space could go to a former Houston Texans' Pro Bowler.

According to Len Pasquarelli of the National Football Post, the Oakland Raiders could be one of the first teams in line for the services of quarterback Matt Schaub if the Texans do what seems to be a foregone conclusion at this point and release him.

Pasquarelli went on to add that Schaub "isn't a great fit," but that there are rumors circulating that "he has some fans in the organization and would be a stabilizing factor."

The 32-year-old quarterback had a rough 2013 season with the Texans, battling an ankle injury and questions about a perceived drop in his abilities. In 10 games, Matt Schaub threw for 2,310 yards and completed 61.2 percent of his passes. However, he threw for just 10 touchdowns against 14 interceptions, with some of those interceptions coming in crucial spots for the 2-14 Houston Texans.