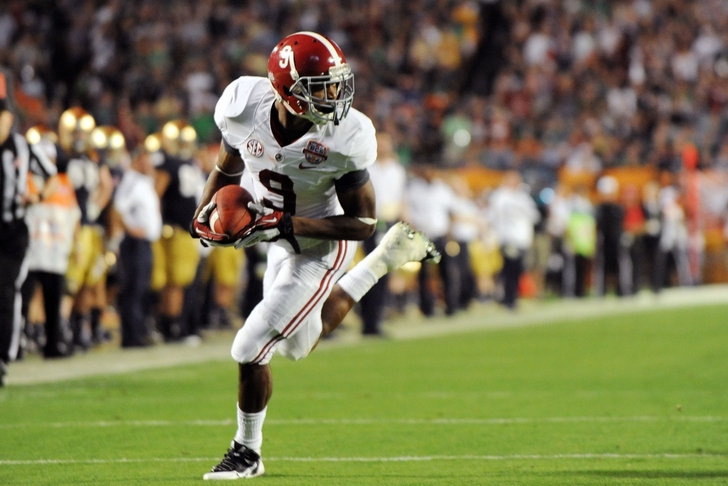 The Oakland Raiders are on the lookout for an impact wide receiver for starting quarterback Derek Carr to play pitch-and-catch with, and they may have their man in Alabama Crimson Tide star Amari Cooper.

As ESPN's Michael Wagaman points out, a litany of NFL Draft analysts including ESPN's very own Mel Kiper Jr. are projecting the Raiders to grab Cooper off the board at #4 in the 2015 NFL Draft. Wagaman himself sees that as a logical choice.

"Given the status of the Raiders' returning group of wide receivers, drafting Cooper would make a lot of sense," Wagaman wrote. "He would immediately become Oakland’s No. 1 receiver and would give the team a deep threat it’s been missing for years."

The Raiders will have plenty of other options to choose from, with Missouri defensive end Shane Ray another name being bandied about at a position of the need for the franchise. However, Cooper appears to be the projected favorite for now with three months until the festivities begin on draft day.