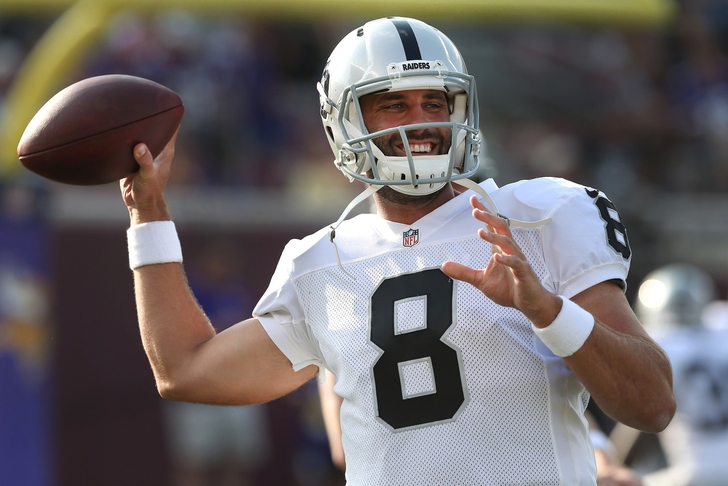 In today's Raiders news update, Oakland Raiders backup quarterback Matt Schaub will not be available for the team's Week 3 matchup in the Northeast against the New England Patriots.

According to the San Francisco Chronicle's Vic Tafur, an unspecified emergency came up that required Schaub to leave the team:

#Raiders QB Matt Schaub will be out (not injury related) as backup for tomorrow's game.

Schaub made the trip here to Boston with the team but had an emergency come up — Vic Tafur (@VicTafur) September 20, 2014

With Schaub out, former starting quarterback Matt McGloin will take over the backup duties for Dennis Allen's club as they attempt to turn their 2014 season around with a huge win against a perennial NFL power.

Regardless of who is the backup, the Raiders remain committed to the growth process of second-round draft pick Derek Carr, as he makes his second start in the Eastern time zone this season.