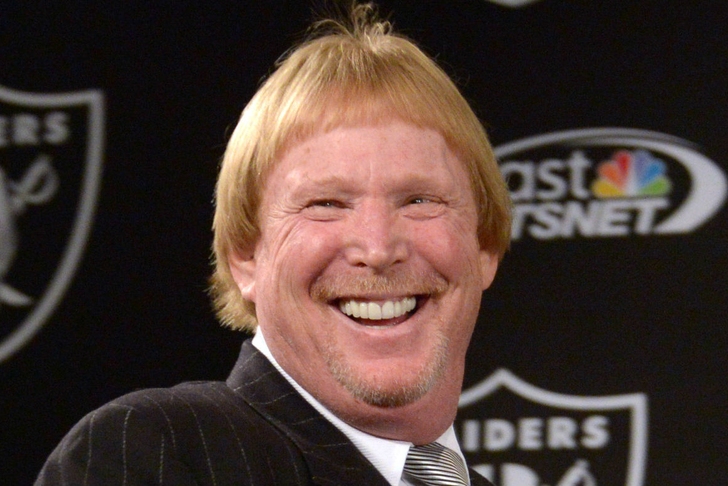 Oakland Raiders owner Mark Davis'...unique ginger mushroom haircut has been the subject of plenty of jokes since he took over as principal owner of the Silver and Black in 2011.

According to Fallon Smith of CSN Bay Area, even Davis' hair stylist isn't exactly sure why Davis decides to rock the salad bowl look:

I ran into Mark Davis' hair stylist & she wanted to set the record straight. She does what she is told, so don't blame her for his hair lol

Is this real, or just an epic troll job by Smith?

My last tweet isn't a joke... True story. You have no idea how many laughs I had. I was like omg "you're the one behind the scissors?!?"

Neither Davis nor his hair could be reached for comment.