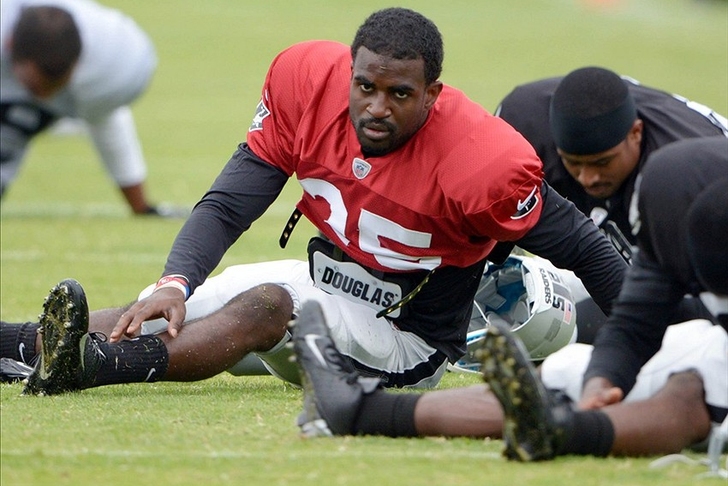 The Oakland Raiders are midway through their first week of organized team activities, but one player is already standing out from the crowd - second-year CB D.J. Hayden.

Hayden was the Raiders' first-round draft pick in 2013, and his early struggles last season raised doubts about his future with the organization. Hayden picked up his game as the season wore on, though, and heading into OTA's he was firmly entrenched as one of Oakland's starting CB's.

Raiders 101 has the full breakdown of Hayden's impressive start to OTA's, but the short version is this: no one expected him to be this far ahead of where he was in 2013.

“I think really he’s light years ahead of where he was at this point last year, not just from a physical standpoint, but really from a mental standpoint too,” said Raiders HC Dennis Allen. “I think he realizes now that everything is going to be fine."

With a shortage of experience and depth in their secondary, the Raiders will hope Hayden continues the positive momentum into the 2014 season.

For all the latest Raiders news, make sure to subscribe to our Oakland Raiders team page!