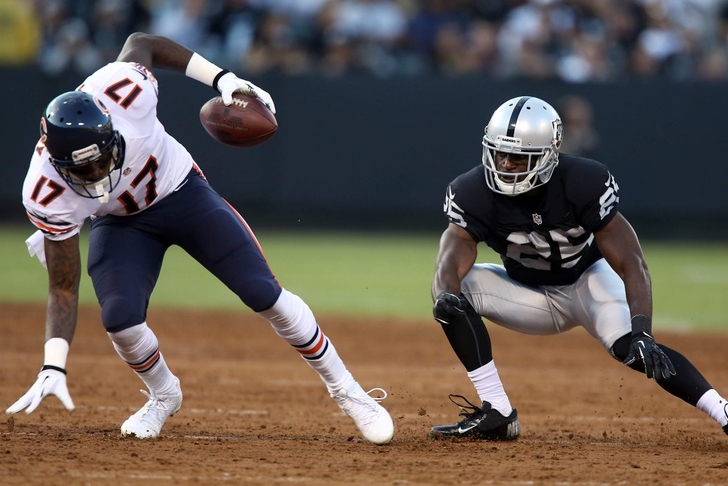 In today's Raiders news update from team OTAs, after a rookie season where he was blitzed by injuries, second-year cornerback D.J. Hayden asserted via Pro Football Talk that he feels "a whole lot better" this offseason.

However, per Josh Alper of PFT, "things looked a bit different by Monday afternoon. Hayden sat out the Raiders’ OTA session and wore a walking boot on his right foot and coach Dennis Allen said after practice that Hayden rolled his ankle last week."

Head coach Dennis Allen doesn't expect Hayden's injury to be trouble him for too long.

“I don’t expect it to be anything serious,” Allen said, optimistic that the walking boot will merely serve as a precautionary measure for the oft-injured Hayden.

Hayden was limited to mostly non-contact work last offseason after abdominal surgery. The Raiders coaching staff hopes that a full spring of work will help Hayden blossom into a top-tier defensive back - something which could be very possible if his ankle remains as just a nuisance and not a serious injury.