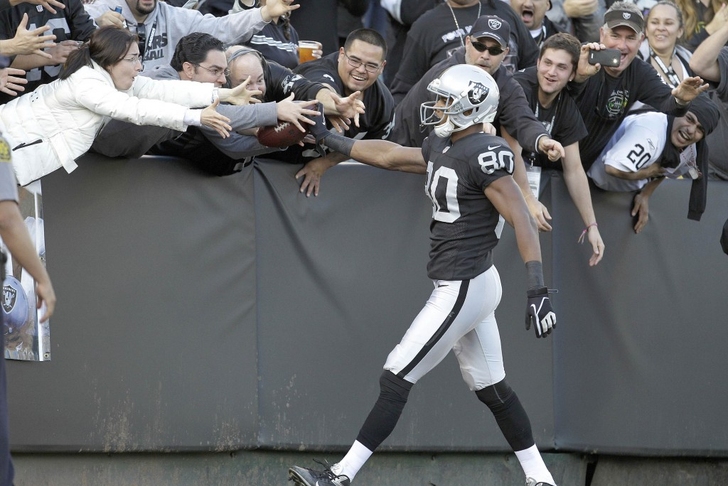 The Oakland Raiders are in major need of another playmaker on the offense, so it brought a lot of smiles to faces around the team when wide receiver Rod Streater (broken foot) looked good working out with a trainer on Friday

Streater was the Raiders' leading receiver in 2013, amassing 60 catches for 888 yards and four touchdowns. He is eligible to return from the injured reserve list (with designation to return) on November 27th - three days before Oakland plays the Rams in St. Louis.

"He's done a nice job so far," interim Oakland head coach Tony Sparano said, via Michael Wagaman of ESPN.com. "It's another one of those things kind of like D.J. [Hayden]. At the time, you've got to kind of wait and see that the guy is ready to go when that timeline comes around, we've still got some time yet, so we'll see how that goes."

Streater became eligible to return to practice on Thursday, but Sparano and the Raiders are looking to ease him back into full-contact work. The dynamic wideout was injured in Week 3 against the New England Patriots, and has nine catches for 84 yards and touchdown so far in 2014.