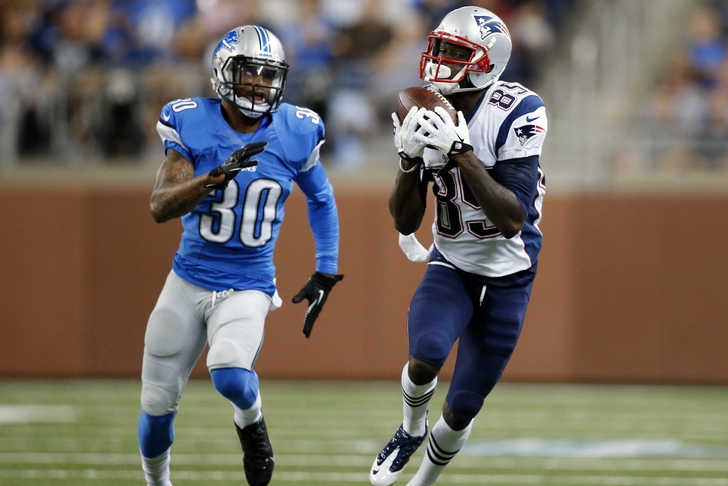 Can’t get enough Raiders rumors and news? Be sure to download our 5-star iPhone app today!

Kenbrell Thompkins, the former New England Patriots wideout who was picked up off of waivers by the Oakland Raiders this week, is already on the good side of his new coaching staff.

What “jumped out immediately was that he is playing at a little bit of higher speed right now than we’ve seen on the practice fields,” Oakland offensive coordinator Greg Olson stated, via Vic Tafur of SFGate.com.

Olson added that Thompkins “has a tremendous work ethic,” is an “intelligent player” and “has picked up things quickly over two days.”

“He just looks like a polished receiver, I guess, that is young and has good, fresh legs,” Olson said of the 6-foot-1, 195 pound wide receiver.

Thompkins isn't worried about proving the New England Patriots wrong for releasing him. He just wants to do his job in Oakland.

“I’ve got nothing to prove to anybody,” Thompkins said. “Just be myself and play ball at a high level. I am happy to be an Oakland Raider and will do whatever they ask me to do, at full speed and to the best of my ability.”