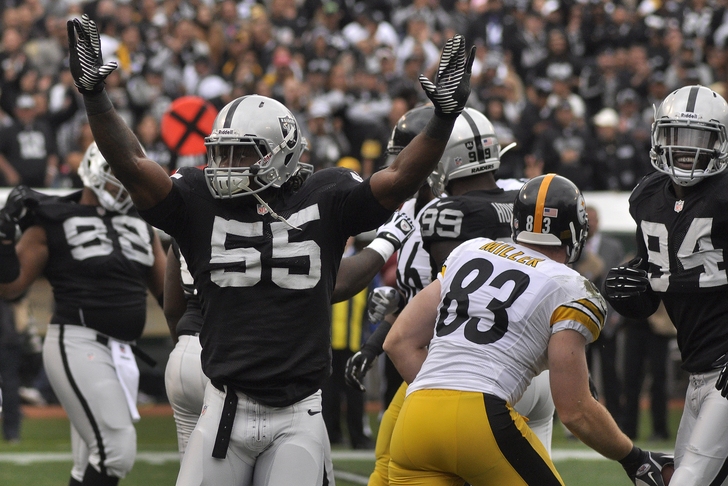 Head coach Tony Sparano was just starting to hear the backlash from the post during his Monday press conference, and gave his initial thoughts to the assembled media.

“I really wasn’t familiar with the whole thing, but I guess it’s gotten out there and has drawn some attention,” Sparano said, via Scott Bair of CSN Bay Area. “I just know that Sio is a young player who plays with a lot of passion. That part of it I like.

“I need to sit down with Sio and find out exactly what happened, but I know there was a lot of jawing out there. I wasn’t just one sided.”

Sparano believes that the publicity that came along with Moore's Instagram post (it was picked up by several national sports news outlets) could help facilitate a moment of growth for the passionate linebacker.

“There are a lot of teaching moments and they are some things that we’ll talk about,” Sparano said. “…These are grown men and, in a game like that, things can get pretty emotional. I was down on the field. It takes two to tango.”