Raiders News: Tony Sparano Wants To Stay In Oakland - "This Is My Team" 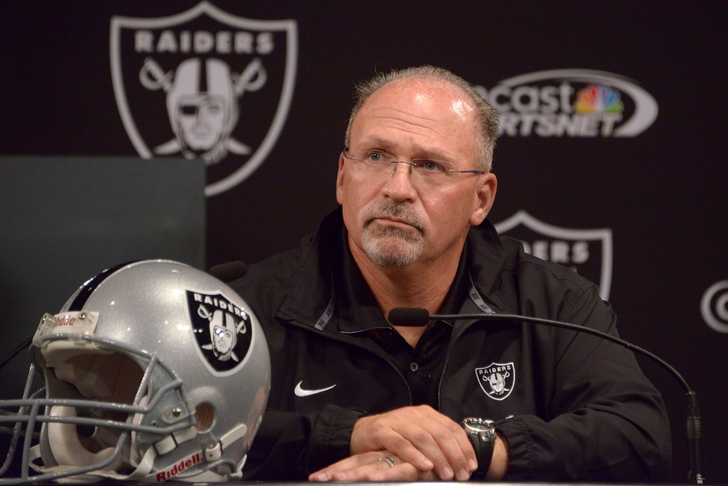 The Oakland Raiders are in the midst of a full-on coaching search after a 3-13 season that saw them fire former head man Dennis Allen after just four games.

Interim head coach Tony Sparano did a decent job for the remainder of the season, especially late, when the Raiders won three of their last six games. He wants to continue what he's started and have the interim tag removed from his job title:

“All I want to do right now is be the head coach of the Raiders,” Sparano said. “So how badly? Very, very badly. This is my team. I left my team today and I’m looking forward to starting over again with them. Those decisions will be made down the road. As far as anything else with me goes, I only have one concern right now. It’s being the head coach of the Oakland Raiders.

“They all had to be willing to [buy in]. “We made some changes. We did some things in that way and I think that there’s a clear spark between me and the players and my message to the players here. I think that anybody that doesn’t see that isn’t really looking hard enough.

“I’m confident and I know the direction this is headed. I’ve done this before, not quite like this, but there has been a lot of work done here, right now, and by God I want that work to be for me, for this organization.”

Sparano is being considered for the position as well as a number of other candidates.