Raiders News: Tony Sparano Could Turn To Marcel Reece As Featured Back 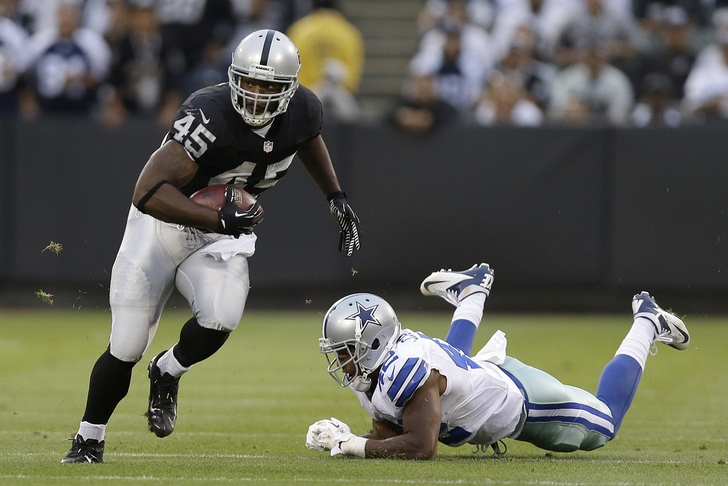 The majority of the dialogue coming out of the Oakland Raiders' thrilling 24-20 win over the Kansas City Chiefs on Thursday centered around running back Latavius Murray and his electric four-carry, 100-plus yard performance.

However, it was Raiders fullback Marcel Reece who finished up the game following Murray's exit with concussion symptoms, gaining 42 tough yards (34 on the ground, 8 through the air) on the team's game-winning 17-play, 80-yard drive.

"I felt like that was an opportunity for a big back,” interim head coach Tony Sparano said, via Scott Bair of CSN Bay Area. “The runs that we were going to make last night were downhill runs. They were downhill, unpopular, in-between-the-tackle runs.

“At that point, I felt like Marcel could give us something there. I’ve seen it happen before. I’ve seen him do it before. He’s a guy that I’m really proud of because he’ll do whatever you ask him to do. He’s been outstanding that way. Giving him the ball in those situations, he was pretty wired up at that point and running the ball hard, which was good to see.”

Reece has been used as the team's featured back before, so would Sparano be willing to try an encore?

“I can envision doing it,” Sparano said.