Raiders News: The Biggest Games On The Raiders' 2014 Schedule 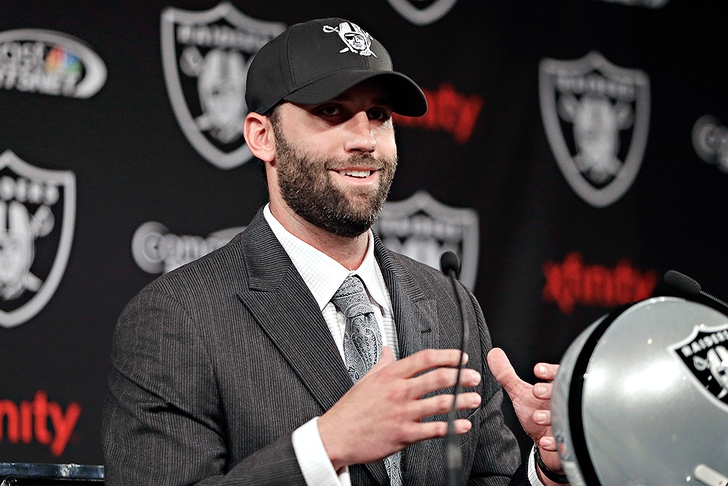 For all the latest Raiders news and schedule analysis, be sure to follow our Raiders team page.

The NFL schedule for next season has just been released, so here are the three biggest match-ups for the Oakland Raiders heading into their 2014 schedule:

In what could perhaps be the toughest game on paper for the Raiders on the 2014 NFL schedule, the Raiders head to Seattle to reacquaint themselves with their former AFC West division rivals.

The 12th Man will be in full effect for the Raiders' first regular season trip to the Pacific Northwest since 2006. The Oakland Raiders lead the all-time series 28-23, beating the Seahawks 33-3 in their last regular-season meeting in Oakland back in 2010.

The Oakland Raiders' hopes of securing a wild card berth (at the very least) in next year's playoffs will hinge on how the Raiders fare in a stacked AFC West going into 2014. Holding serve at home against a Chiefs team who also looks to be in that same mix is critical.

Statement games don't come any bigger than this one, and if the Oakland Raiders are truly ready to turn the corner after a decade of frustration, there's no better place to prove it than with a convincing win over their neighbors across the Bay Bridge.

The San Francisco 49ers make their first regular-season trip to Oakland since 2002, and the all-time regular season series between these two Bay Area rivals is currently tied at six wins apiece. The 49ers have won three in a row over the Silver and Black.

For the latest Raiders news and Raiders NFL draft coverage, be sure to follow our Raiders team page today.