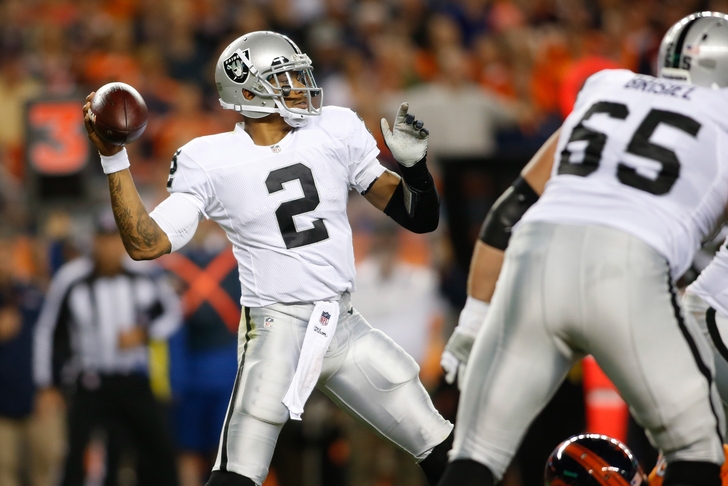 In another edition of Raiders news for your Monday, former Oakland Raiders starting quarterback Terrelle Pryor has just been traded to the Seattle Seahawks.

Per Mike Florio of Pro Football Talk, "per a league source, the Raiders have traded quarterback Terrelle Pryor to the defending Super Bowl champions."

According to Vic Tafur of the San Francisco Chronicle, the Raiders picked up a late pick in the 2014 NFL Draft as compensation:

“@AdamSchefter: #Seahawks surrendered a 7th-round pick for QB Terrelle Pryor, per league source.” >> much better than nothing. #Raiders

Terrelle Pryor's tenure with the Oakland Raiders could best be described as inconsistent. Tabbed by head coach Dennis Allen as the Raiders' starting quarterback after Matt Flynn was taken out of the role, Pryor showed flashes of his all-world speed and athleticism.

However, he was prone to mistakes and injury in the role, losing his job to Matt McGloin at midseason.

Pryor was a third-round pick by the Raiders in the 2011 NFL Supplemental Draft. He spent three seasons with the Raiders, and has one year left at $705,000 in his rookie contract.