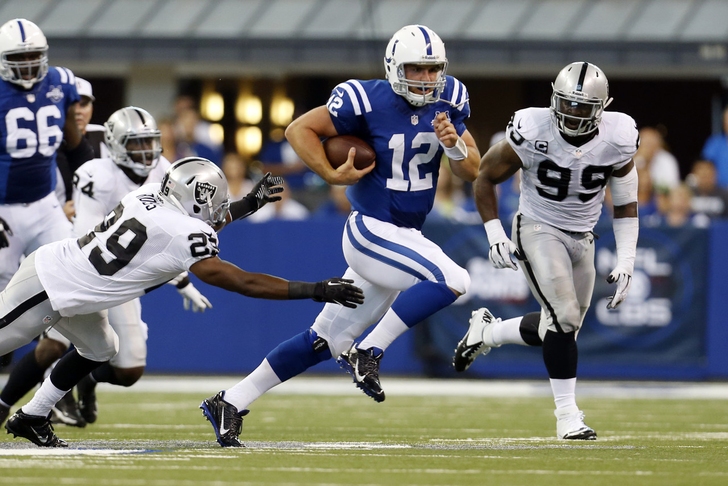 Oakland Raiders safety Brandian Ross' wallet is significantly lighter on Friday after the NFL fined him over $22,000 for a hit last Sunday that led to a concussion for Cleveland Browns tight end Jordan Cameron.

Here's Scott Bair of Comcast SportsNet with the scoop:

Raiders safety Brandian Ross was fined $22,050 for striking a receiver (TE Jordan Cameron) in the head and neck area on Sunday vs. Cleveland

Per the Washington Post, "Cameron was struck in the back of the head by Oakland safety Brandian Ross in the second quarter while making a diving 21-yard catch. He walked to the locker room under his own power and did not return."

Ross was flagged for a 15-yard personal foul for the hit as soon as contact was made.  Cameron has been ruled out for Cleveland's game against the Tampa Bay Buccaneers this week with his third concussion in as many seasons.