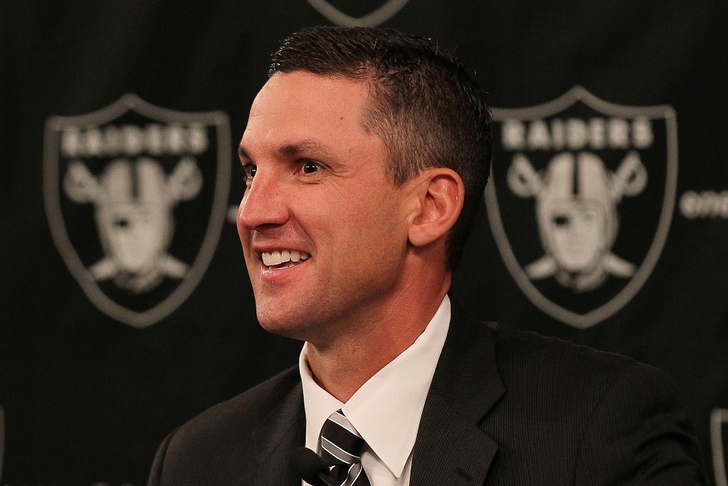 Despite Associated Press reporter Terry Collins' deleted tweets to the contrary, the Oakland Raiders remain under the charge of head coach Dennis Allen for the time being.

Collins was sure enough on Sunday night to tweet, "my sources tell me that @RAIDERS head coach Dennis Allen is fired and an announcement could come as soon as Tuesday."

However, those tweets were quickly rescinded cryptically without so much as a full denial of his original report. All he really offered was an apology and a statement that he had "no information about the status about the Raiders coach. I was never covering the story."

Note that Collins states that the rumors haven't been confirmed, not that they are false. His original statement could turn out to be 100% accurate -- it isn't Tuesday yet and bye weeks are often the time when such changes are made.

But there is at least one person out there who thinks Allen will emerge from the week off as the Raiders coach. Allen told reporters after the Dolphins game, the team's 10th straight loss dating back to last season, that he thinks his job is safe.

All everyone knows right now is that no one knows the truth. The Raiders are still winless at 0-4 heading into their bye week, so don't expect the rumors to quiet down for one second.