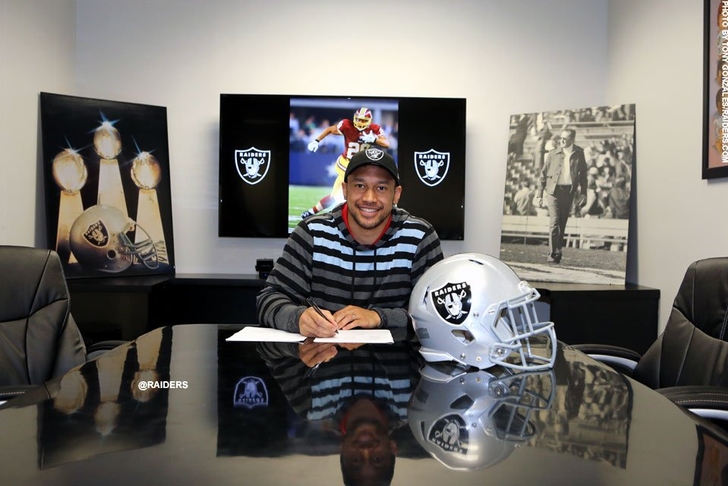 Veteran running back Roy Helu Jr. was a coveted commodity on the free agent market this offseason, but the Oakland Raiders' energy in recruiting him was enough to convince him to join the Silver and Black.

“I could have gone to any team and (the Raiders) showed enough interest where I felt really comfortable to play here,” Helu Jr. said recently the team's official website. “It feels nice to be wanted."

The Bay Area native added that he feels he was kept around by the Redskins only because he was a veteran and not because they wanted to actually utilize him in a key role.

Likely to get his carries as a change-of-pace back and a situational weapon as a receiving threat in the backfield, Helu's also aware that his four years in the league likely qualifies him for a leadership role of sorts with the team.

"I know that naturally leadership roles are given to people who play well and who are experienced,” Helu Jr. said. "I think just with the four years I bring to the table, I bring a fun factor. Before we go out there, I just always try to remind the guys, before we start competing, to have fun."