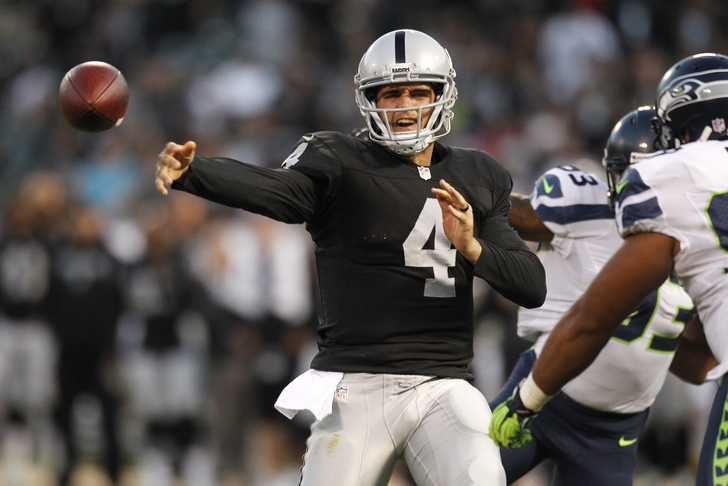 Can't get enough Raiders news? Be sure to download our 5-star iPhone app today!

Oakland Raiders rookie quarterback Derek Carr has proven up to the task when it comes to facing some of the top secondaries in all of the NFL.

Regardless of the Raiders' record, Carr has impressed with both his poise and his ability to make due with what he has.

That includes taking chances such as throwing at All-Pro cornerback Richard Sherman.

"He's got a lot more experience under his belt," Sherman said with obvious respect for the rookie, via Levi Damien of SBNation. "He's not afraid to take shots. He's a gunslinger."

After Carr had targeted Sherman during the Raiders' final preseason game of 2014, Sherman proclaimed that Carr "doesn't know any better."

"He's gonna be slinging the ball around," Sherman predicted. "I don't think he thinks about who's guarding anybody or anything like that, he just slings it. He's got nothing to lose, obviously."

From Richard Sherman, that's about the best praise a QB is going to get.