Raiders News: Raiders to travel most miles during 2014 NFL season 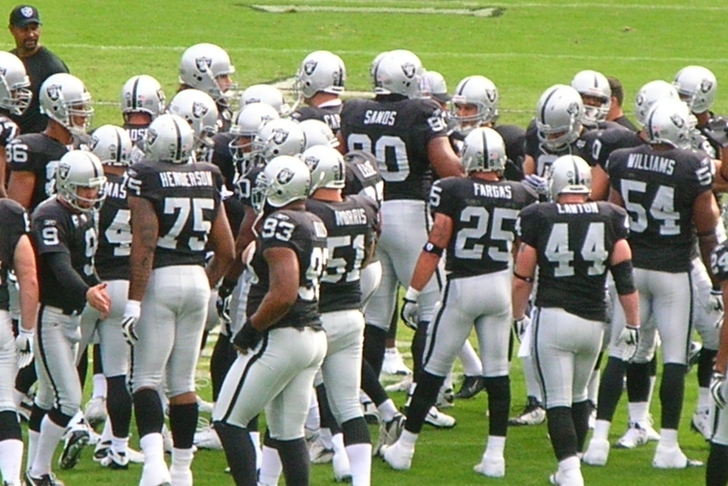 In Raiders news today, along with having the consensus #1 difficulty of schedule for the 2014 NFL season, the Oakland Raiders will also log the most travel miles of any team during the campaign as well.

Per John Breech of CBSSports.com, the Oakland Raiders will log 36,106 miles of travel this year, almost 10,000 miles more than the #2 team, the Seattle Seahawks:

"The Raiders can partially thank their Week 4 trip to London for the high mileage," writes Breech. "If you've looked at a map recently, you probably noticed that Oakland and London are nowhere near each other. A one-way flight between Oakland and London covers about 5,365 miles, which is almost more than the Steelers will travel during the entire 2014 season (5,896)."

This doesn't necessarily indicate a potential struggle for the Raiders in 2014, mind you, as the San Franciso 49ers reached the 2013 NFC title game after traveling the most miles of any team last season.

Also, the five teams which traveled the least amount of miles in 2014 (the Bears, Lions, Packers, Browns, and Jets) didn't exactly light the world on fire last year - finishing a combined 35-44-1.

The only certainty we can really draw from all of this is that the Oakland Raiders will be tired in 2014. Whether that bonds them together or serves to their detriment remains to be seen.