Raiders News: Raiders ready to get "back to the glory days," says Allen 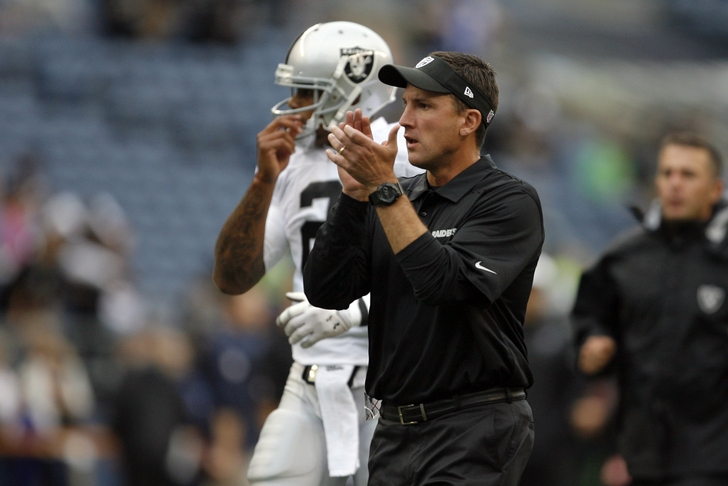 In Raiders news today, Oakland Raiders head coach Dennis Allen is ready to put a decade-plus of frustration for the franchise in the rear-view mirror.

Per Scott Bair of CSN Bay Area, Dennis Allen spoke with GIl Brandt and Howard Davis of Sirius XM Radio on Wednesday about the progress he feels the team has made this offseason:

“We’re making a lot of progress. We’ve got things going in the right direction. Everything we’ve done is offseason is about getting the Raiders back to where they need to be, back to the glory days of this team. We still have that same commitment to excellence. We’re looking forward to this season and getting an opportunity to show what we can do.”

The Raiders also completely made over their offense, trading for former Houston Texans quarterback Matt Schaub, along with signing running back Maurice Jones-Drew in free agency.

All of this, plus the second-round pick of potential future franchise quarterback David Carr, has brought a great deal of optimism to the Raiders fan base -- optimism that needs to be reinforced on the field in 2014 to keep Dennis Allen off the coaching hot seat.