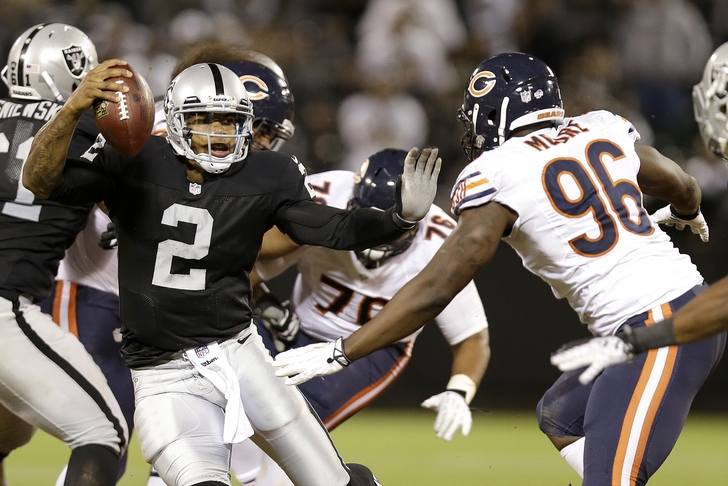 In Raiders news today, the Oakland Raiders are reportedly planning to cut former starting quarterback Terrelle Pryor on Monday if they cannot find a worthwhile trade for his services.

Per Michael David Smith of Pro Football Talk (by way of information obtained from Alex Marvez of FOX Sports), "the Raiders will cut Pryor on Monday if they can’t trade him before then. That’s not a big surprise; it had already been clear that the Raiders have no plans for Pryor going forward, and that means it makes sense to send him packing before the start of the offseason training program."

The Oakland Raiders have most likely eliminated any trade leverage they could have had for Pryor if this report proves true, as it is unlikely that NFL team will pony up a draft pick in a trade if they know they can pursue Pryor on the open market.

Despite an up-and-down season with the Oakland Raiders, Pryor has big-play ability and world-class speed which showed itself on several occasions during the 2013 NFL season for the Raiders.

As David Smith adds, "if a team is willing to work with him as he develops, there’s still a chance that he’ll be a franchise quarterback. Just not in Oakland."