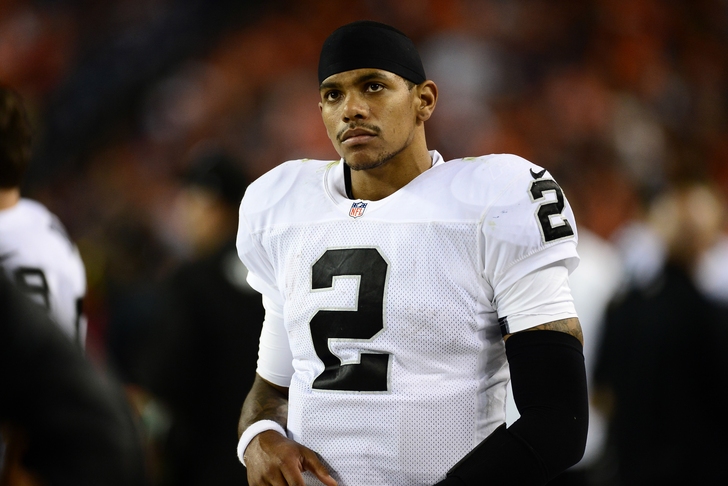 In Raiders news today, one noted ESPN analyst seems to have the answer as to why the Oakland Raiders have yet to find a suitable trade partner for former starting quarterback Terrelle Pryor.

In a mailbag for ESPN.com, Raiders beat writer Paul Gutierrez was asked why he thought the Oakland Raiders hadn't trade Terrelle Pryor away at this point:

"If the Oakland Raiders could have traded Terrelle Pryor for what they consider fair value yesterday, the deal would have been done, IMHO. That's not a slam on Pryor. Not at all. It's just so obvious the Raiders prefer more of a traditional pocket passer, a la the Matts ... Schaub and McGloin."

With the 2014 NFL Draft a month away, teams in need of quarterbacks are still assessing both the draft and free agency for options -- meaning that Terrelle Pryor's value may increase if a team such as the Browns or Jaguars decide to stay away from the top tier of quarterbacks available in the draft.

As of right now these are all rumors, so be sure to take everything with a grain of salt, Raiders fans.