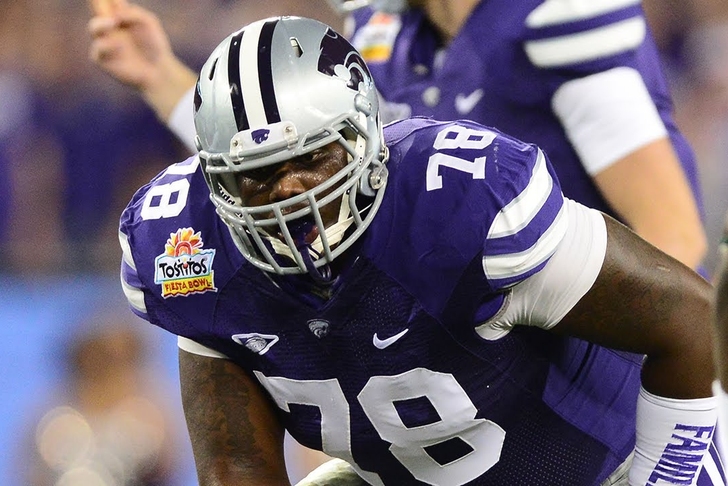 In Raiders news today, the Oakland Raiders attended a showcase for former Kansas State offensive tackle Cornelius Lucas on Monday, and could be coveting the two-time All-Big-12 selection in May's NFL Draft.

According to Aaron Wilson of the National Football Post, "today, the two-time All-Big 12 blocker auditioned for NFL scouts in front of roughly half the NFL teams. That included the Oakland Raiders."

Wilson notes that Lucas had an "impressive workout." Lucas was held out of the NFL Scouting Combine due to a foot injury that he suffered during training for the event.

Per Wilson, Lucas came into today at six-foot-eight and 315 pounds and sports "the longest arms in the draft with 37-inch arms and has an 88-inch wingspan."

The Oakland Raiders will most likely take into account both Lucas' raw physical gifts and his injury while setting their draft board. However, the Raiders may end up an ideal landing spot due to their need at the position.